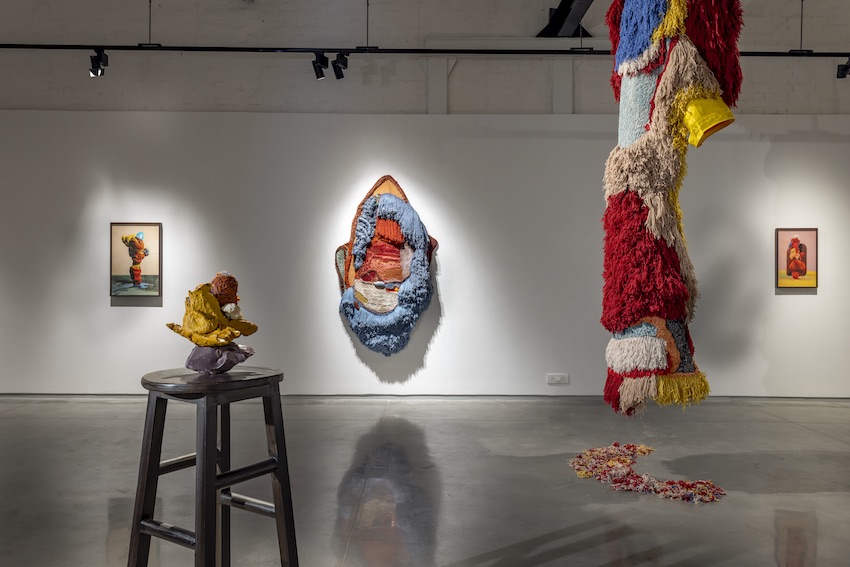 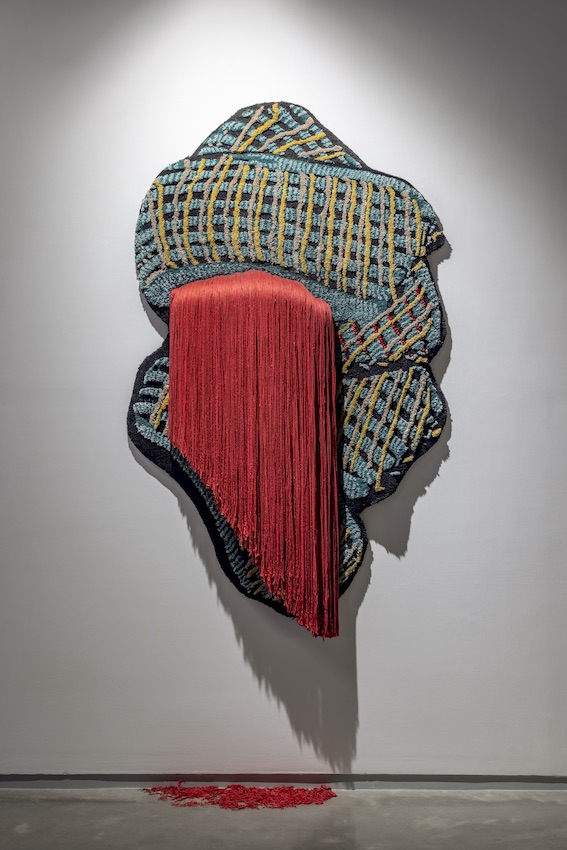 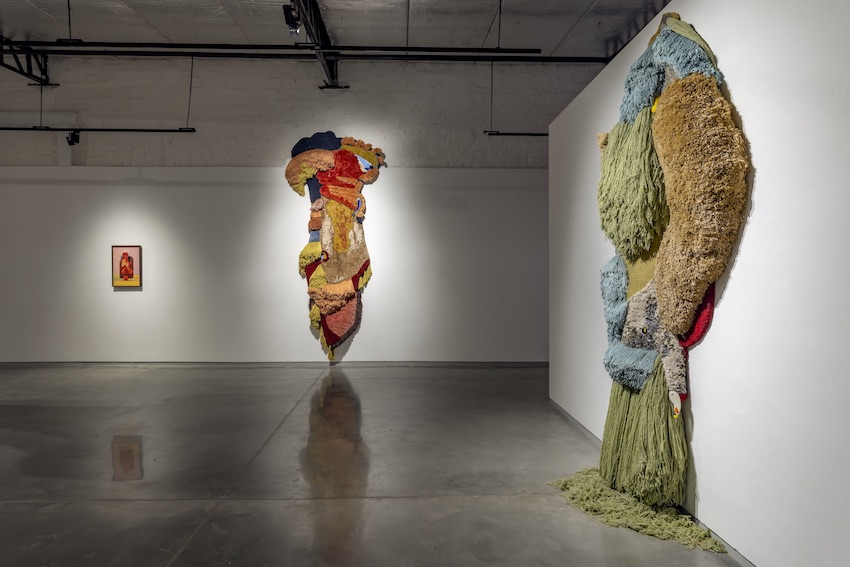 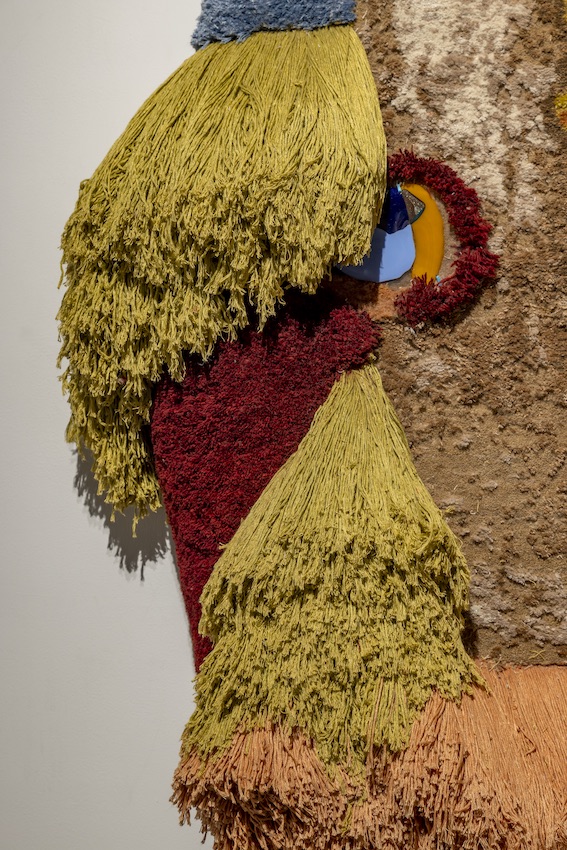 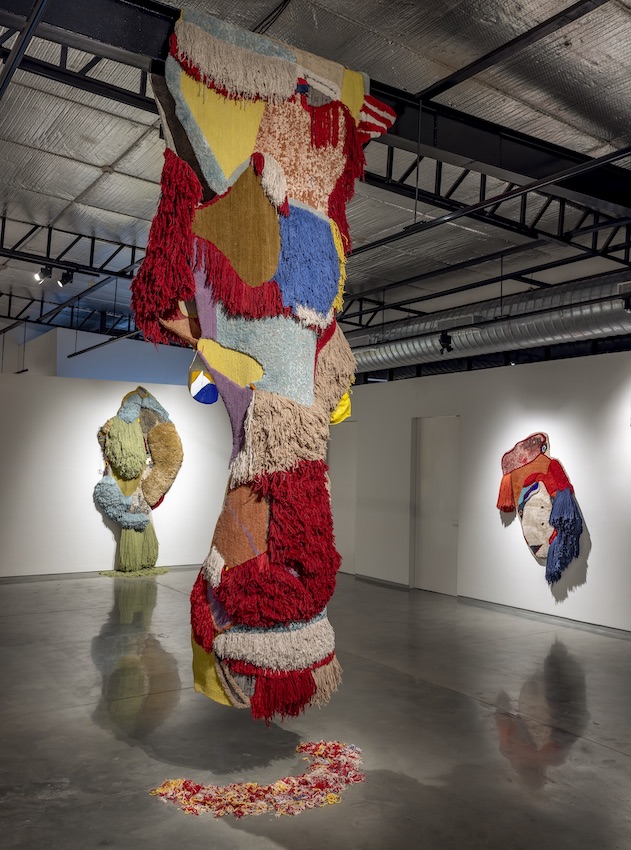 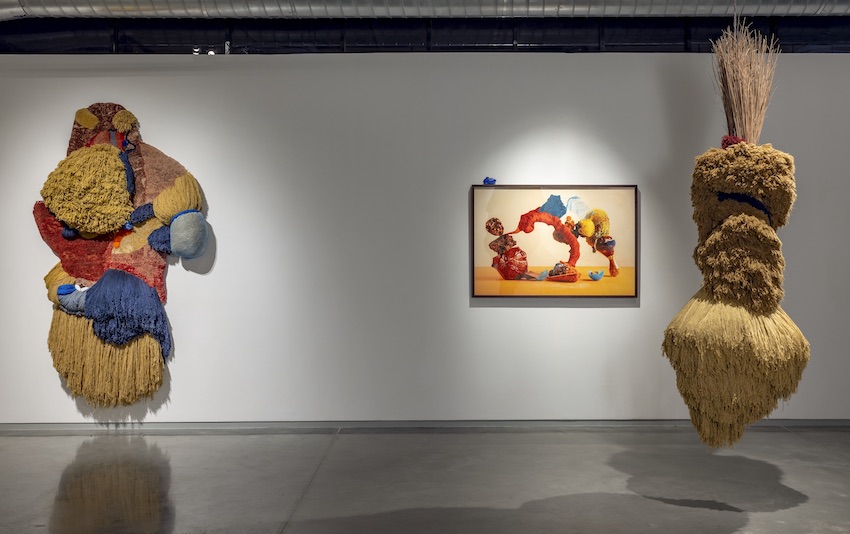 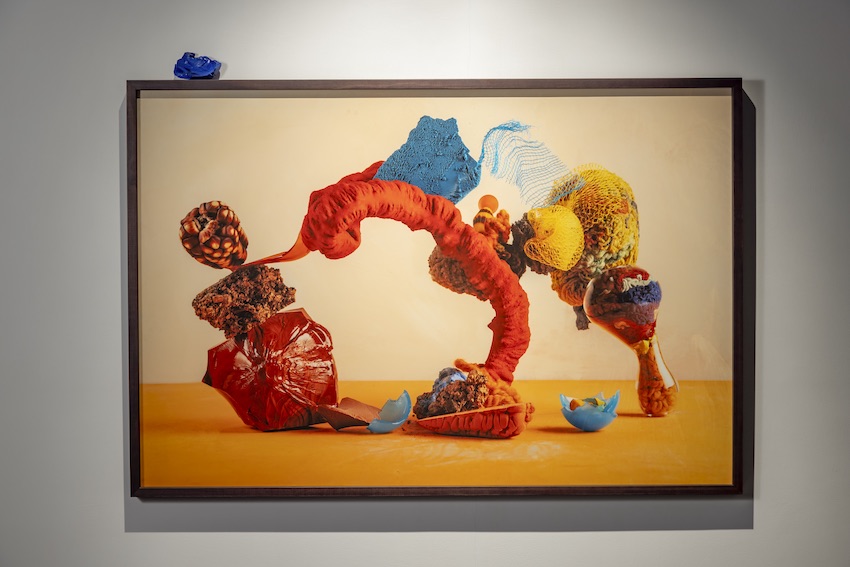 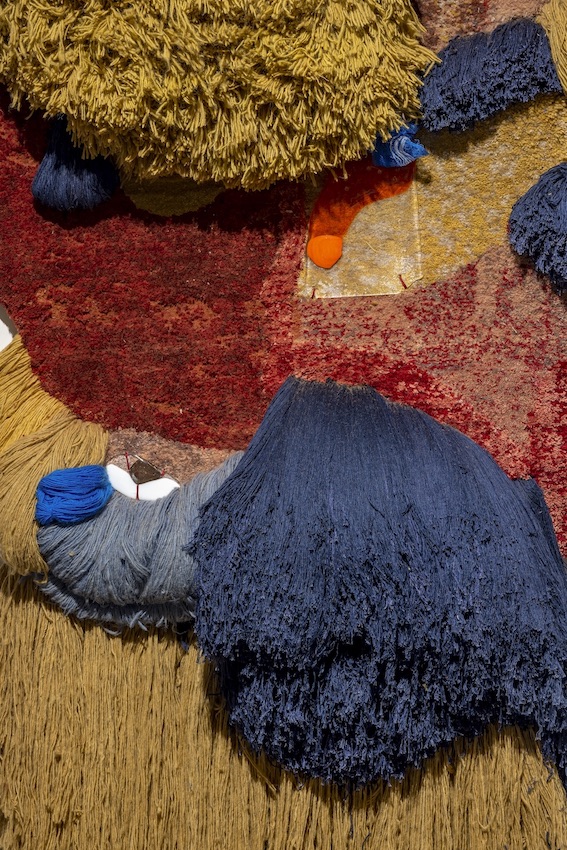 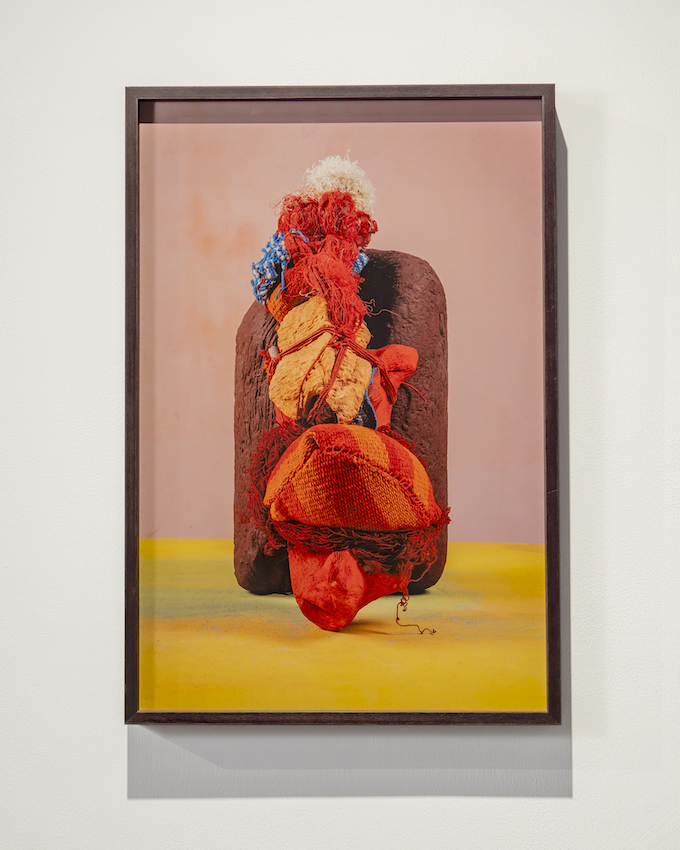 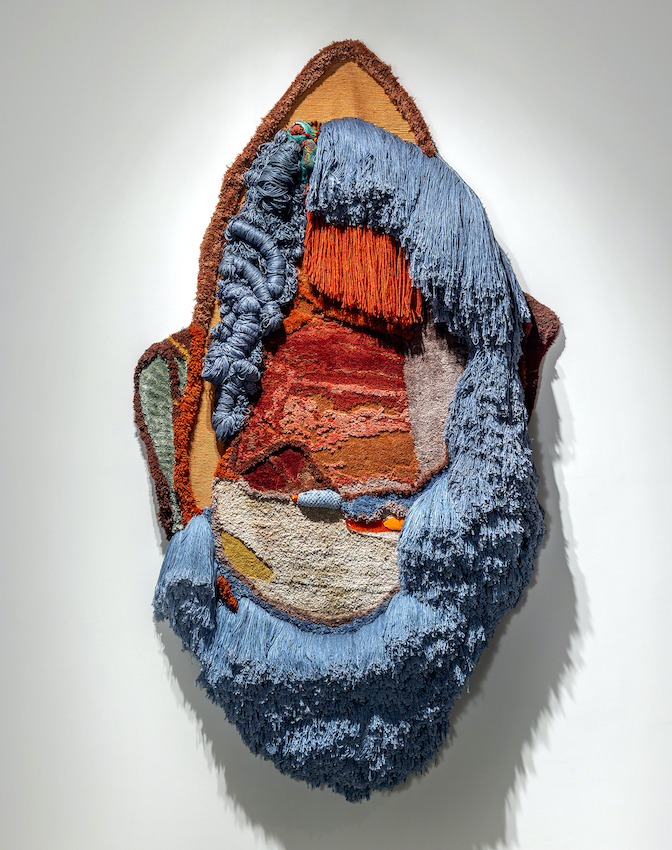 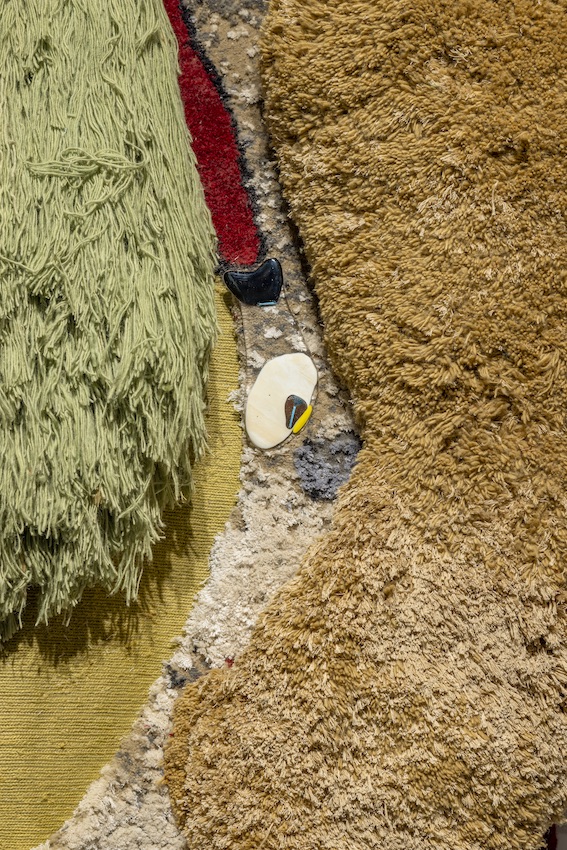 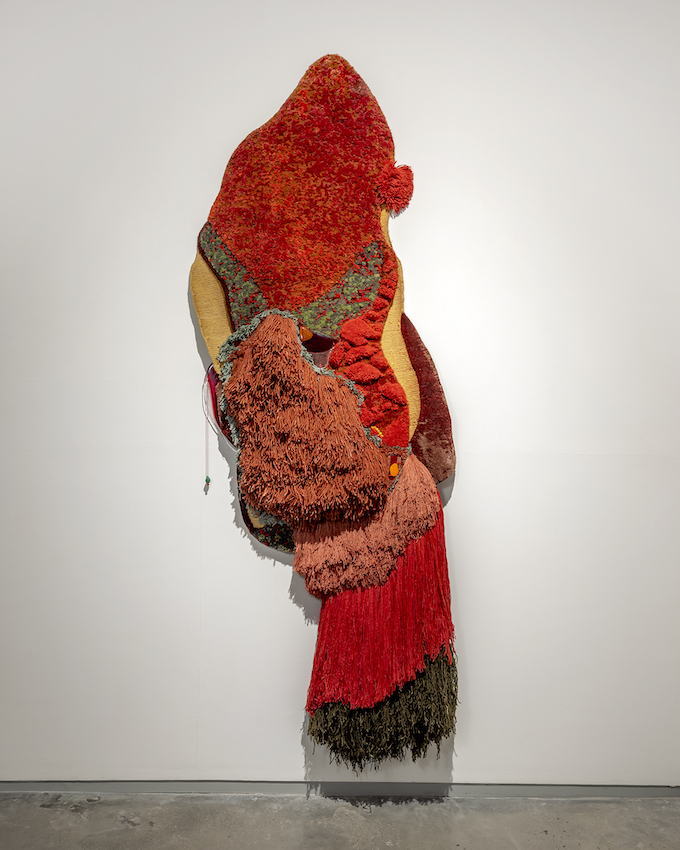 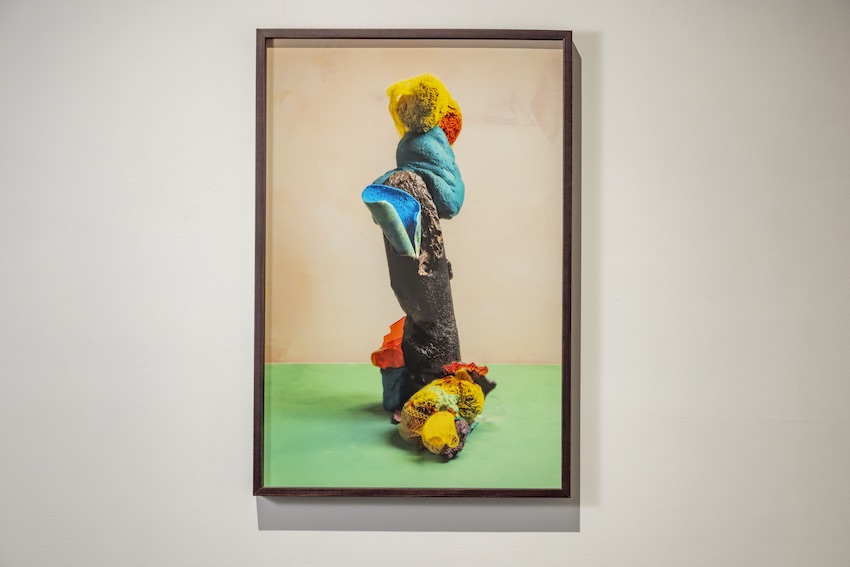 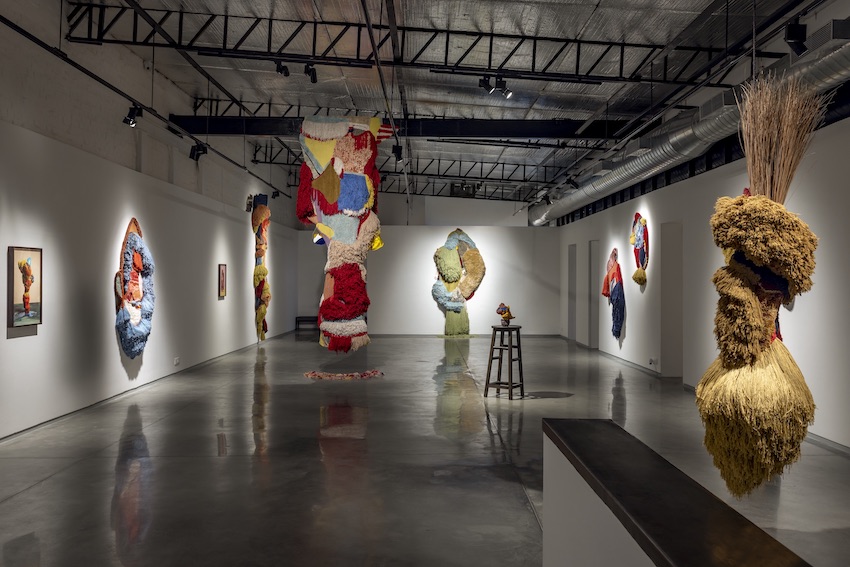 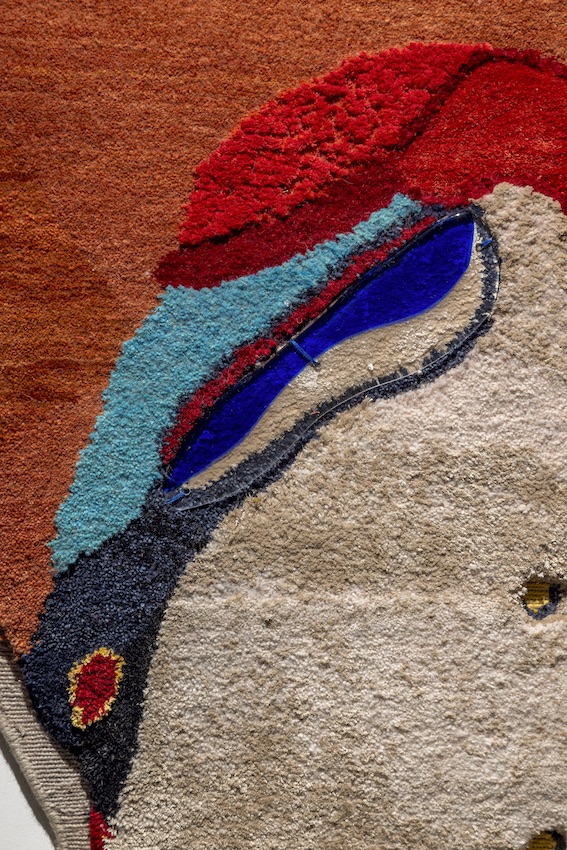 Among the orally-transmitted stories about the origins of materials that survive today is that of aventurine. The name refers to both an ancient mineral and a mysterious process. In the early 17th century, a glass worker on the Venetian island of Murano mistakenly dropped copper filings into a liquid glass mixture.
This ‘accident’ created a fascinating new substance: its content resembled a multitude of tiny glistening stars.
Over time, artisans repeated the glass worker’s procedure, giving birth to a now-renowned glass-making technique, avventurina.

This technique derives its name from the Italian expression per avventura, meaning ‘by chance’, which denotes its fortuitous discovery. And so, a 2.5 million-year-old mineral, aventurine, which displayed a similar appearance to the glass, took the same name. Slabs of this precious crystalline quartz—which usually appears in green but also in orange, brown, yellow, red, or even blue—are used today in different contexts: from interiors and monuments, landscaping and aquaria, to jewellery and healing practices. Most green aventurine comes from India, where it is employed by prolific artisans near Mysore and Chennai. Its mutable nature and healing properties make it a remarkable substance and a ‘material agent’ that carries connections between worlds.

In his first solo show at Nature Morte, Lorenzo Vitturi delves into the histories and making-processes of aventurine. Vitturi employs the mineral physically as an object, and metaphorically as a token that connects seemingly diverging cultures and geographies. The stone appears frozen in time in the photographic works, and as microscopic fragments in the artist’s brightly-coloured, monumental tapestries. The latter stem both from a long-term research process into rug-making artisanal traditions in Peru and a three-year-long collaboration with artisans from the Jaipur Rug Foundation.

In Vitturi’s nimbly-balanced, recurring still lives, as in his tapestries, figures and shapes move towards abstraction as if attempting to evade meaning. Yet, each texture, motive, object is carefully sourced and displayed by Vitturi for its evocative qualities and references to particular cultural traditions and landscapes. Murano fused-glass and Indian rugs; rococo laces of Spanish colonial furniture; architectural motives from noble Venetian palaces; telluric powder from the ferrous earth of the Valle Sagrado; the hump of a sacred cow as photographed in Jaipur.

In staging unexpected encounters of materials, Vitturi suspends canonical meanings and hierarchies, reshuffling them into new, unfamiliar composites. The assemblage of clues from various traditions generates new imagery that has a vocabulary of its own, drawing aesthetic elements from diverse regions that inevitably contaminate one another.

All traces are carefully sourced and combined by Vitturi following a specific process—a mix of carefully measured elements and chance. This process is complemented by deep research into the artist’s places of origin: Venice and Peru, as well as their artisanal traditions, architectures and landscapes. Vitturi engages in rituals of collecting and assembling as a way to uncover the trajectories that shape his cultural identity. Crucially, the presented works also emerge from
moments of exchange with local communities of artisans in India.

It is in the process of collective creatorship, a recurring motif in Vitturi’s practice, and the act of community exchange—of knowledge, of information, of hands for making—that the artist sees the possibility of transformation. It is a way to capture overlapping identities, to form new cartographies, and to forge a dialogue between distant and yet interrelated worlds. In a choreography of hybrid bodies and shapes, Vitturi envisions materials across contrasting scales, revealing their various facets and narratives that may otherwise remain hidden.

Rather than abolishing differences and nuances by placing all elements on the same plane, the sculptures and photographs suggest the possibility of cohesion and synchronicity; of plurality among different forms of nature. To transcend limiting separation of nature/culture; human/non-human; same/other. Vitturi’s careful assemblages and funambulist sculptures perform a syncretic dance: an act of fleeting balance.

The storyteller Ursula K. Le Guin reminds us that before making killing tools, such as sticks and swords, our ancestors made containers for stories: nets made of hair, medicine bundles, homes, shrines. Similarly, Vitturi creates hybrid containers of artisanal narratives and ancient knowledge. He guides us through an open-ended journey on the role of materials as carriers of histories, syncretic encounters, and new meanings. These buoyant bodies spell patterns of constant change, conjuring dreams of common languages.